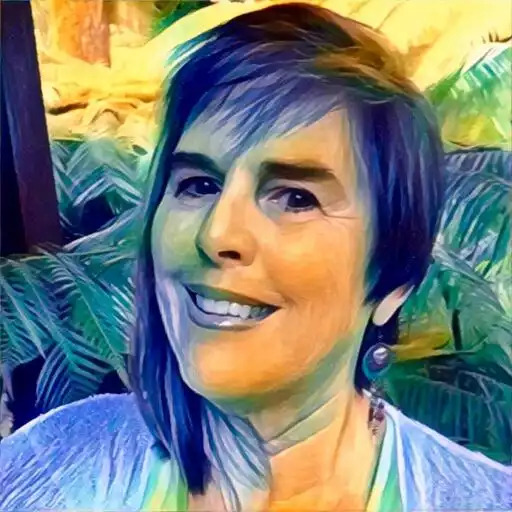 In April 2018 the image you see was the intersection of two residential streets and a couple of gardens.

Then the volcanic cone, a "feature" of the volcano, a transient effect, this erupting hill called Pu'u O’o, collapsed, after pumping out lava continuously since 1983.

That was a big surprise. It happened without warning. I found out about it reading the daily fly-over by Mick Kalber. In retrospect, alarm bells ought to have gone off everywhere, but in the moment, no one said much other than taking note that it happened. All this was to change in a big way within a couple of days.

The lava lake at the summit of the volcano dropped out of sight and continued to drop as magma drained from the reservoir beneath the caldera. Earth tremors began in lower Puna, the ground shaking almost continuously according to residents. Cracks opened in the ground, in the streets, between houses, and noxious sulphur dioxide gas began to pour out of them. Than came the lava.

People had a few days to adjust to the idea that their neighborhood was about to rip open. It was not an idea anyone wanted to embrace. I was down there in Leilani Estates at the end of April, before Pu’u O’o collapsed. It was just like always, a neighborhood of palm trees and ti plants, old ohias, orchids, blue jade trailing down from the branches of the towering trees, fragrant gardenia perfuming the air. My friend had made some pillow covers for the treehouse bed, and I was there to pick them up. A few days later I was talking to her on the phone and she said she wasn’t certain they would need to leave. There were smoking cracks in her street. I wondered if there was going to be a new vent there and she expressed doubt. Because no one thinks the volcano will spring up in their yard.

Meanwhile, up where I live at the summit of Kilauea volcano, the caldera had begun to collapse as the magma beneath it escaped into the lower rift zone. Every 40 hours give or take six or so hours, the ground would rock mightily as the summit floor dropped 30 to 60 feet. In between, as the ground subtly shifted below the surface, there would be earthquakes. Hundreds a day. They varied from a magnitude you maybe felt like a hum beneath your feet to a shaking that sent you grasping for anything to hold onto. It went on for months. We got used to the feel of the ground being more like being on a ship. There was motion all the time.

The enthusiasm of our local USGS scientists carried over into some talk about what the future might hold that the world press picked up on. After that, no one wanted to come visit the gates of hell. But here we were, living here, making adjustments as anyone does. Meanwhile our friends and family were sending us images of Pompeii and begging us to leave.

As abruptly as the eruption began with the bottom falling out of Pu’u O’o, it stopped. The earthquakes that rocked upper and lower Puna stopped. The collapse of the summit caldera stopped. It took a long time for the scientists to agree that it had stopped as they had pre-figured out that you can’t tell an eruption has stopped until it is quiet for 3 months.

What does it mean that it has stopped?

For us on the island, it means our air is pristine, our sunsets clear and colored everything from brilliant gold and raspberry pink to crimson and vermillion, magenta and flame orange, hottest of reds and deepest of purples.

It means people who come here have no idea what to expect. They are still seeking lava. They are not aware the park is reopened. I am talking about Hawai’i Volcanoes National Park, home to volcano up the street. Some think now that the excitement is over, why bother to come. Oddly, they didn’t come when there was excitement, or if they did, they are the few.

Our island is more beautiful than ever. The colors, the fragrances, waterfalls and waves, the colors of blue.

If you want an extra cool place to stay near the volcano, check out our treehouse. It is listed here. Mahinui Na Lani Treehouse, right at the volcano. A quiet place these days. Aloha!

10 views
© Gail and Houfy Inc, Published on: 12/19/2018. Unauthorized use and/or duplication of this material without express and written permission from this page's author and/or owner is strictly prohibited. Excerpts and links may be used, provided that full and clear credit is given to Gail and Houfy Inc. with appropriate and specific direction to the original content. For more information, please visit the Houfy's copyright and trademark policy
Last modified: 4 years ago
2022 | Houfy Inc. | A revolutionary market network for properties worldwide
TermsPrivacyCookiesSitemap
Loading Views...