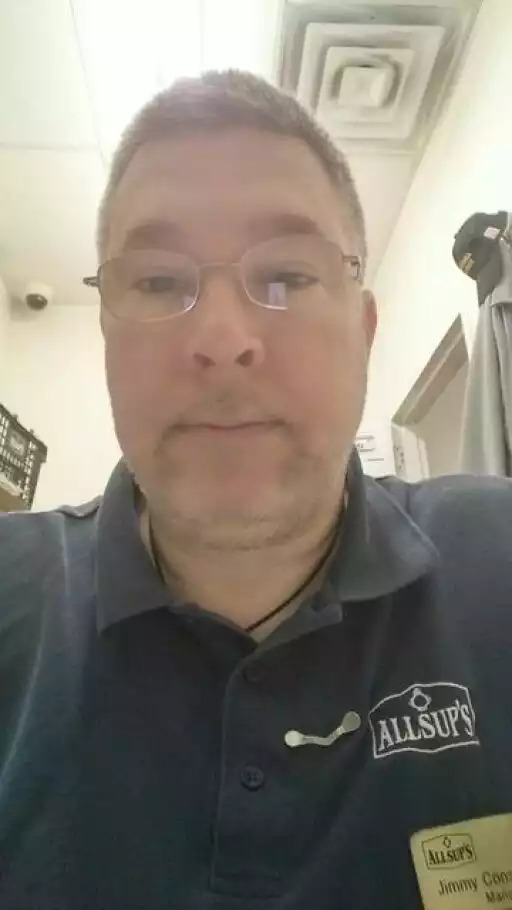 The History of Constantino Farms

Constantino Farms is located in Comanche County at the junction of Resley Creek and Salt Branch in what was once known as the Community of Wilson (not to be confused with Wilson, TX which is 224 miles away).

Wilson, in southeastern Comanche County, was named for the first postmaster, George Wilson, who operated the post office in his home in 1880. By 1930 the settlement had a school, which was consolidated with the Carlton school in 1947. The old schoolhouse is now used as a community center and a church. Wilson is the home of the Madison Square Garden Rodeo stock and is the headquarters of the Lightning C Ranch. Although in 1904 the population was seventy-five and there were several businesses, the town began to decline when the railroad bypassed the area. People began moving away, and the post office was closed in 1980. No population was shown in 1980.

Resley Creek rises in northeast Comanche County ten miles northeast of Gustine and flows southeast for twelve miles to its mouth on the Leon River, one mile northeast of State Highway 36 near Hamilton county line. The stream rises in rolling prairies surfaced by clay loam which supports mesquite and grasses, then passes briefly through steep slopes covered with shallow clay loam, then returns to terrain similar to that in which it began. Early settler, George Resley, for whom the creek was named, came to the area in the late 1850s.

George Resley, soldier, scout and surveyor, son of John and Mary (Snively) Resley, was born on May 13, 1813, in Hancock, Maryland. He moved to the Red River colony in Texas in 1836. Later he lived in San Patricio County. In 1842 Resley fitted himself out to go on the Somervell expedition but got sick and could not go. In 1843 he served in David Snively's Company C, under Jacob Sniveley's command, in the Texan Santa Fe expedition. In his written account of this journey he says that he was a member of the Red River Company and that "about ten of us was out all the time spying." In 1844 Resley was wounded on Capt. David Sniveley's expedition against the Indians on the Leon River. In 1848 he commanded two expeditions against Indians west of the Nueces River, where he was wounded in the head and shoulder and had his horse shot beneath him. He served in the same territory under Lt. Andy Walker in 1849. In a letter written to his brothers in Hancock, Maryland, in 1856, he says that he went without bread or coffee for two years, during which he lived on buffalo, antelope and bear. Resley was appointed surveyor for Milam County by provisional governor Andrew J. Hamilton in 1865. At that time Milam County included all or part of lands now belonging to thirty-five counties. Resley was a member of the Masonic lodge and a Baptist. He was married in 1855 to Sallie Louise Turnham from Kentucky, and they had seven children, all born in Milam County. Sources indicate that Resley might have had one or two marriages before this one. He died in Llano on March 1, 1899, and is buried there. Resley Creek, which starts in Erath County and flows into the Leon River, is named for him.

Hazel Dell, sometimes misspelled Hazle Dell, is at the intersection of Farm roads 591 and 1702, seventeen miles southeast of Comanche in southeastern Comanche County. The community began about 869 after a sawmill was established on Mill Branch, a tributary of Leon River. Residents still listed their post office as Resley's Creek in 1870. The town soon grew to include a store, a hotel, a ten-pin alley, a saloon and the sawmill that furnished much of the rawhide lumber for the buildings. The community grew as additional similar businesses were added. A post office was established there in 1871. Though the first official mention of a school appears in 1876, a rawhide lumber building erected for the purpose is noted in 1873. The community was also served by the non-denominational Flat Rock Church, which is no longer extant. The earliest marked graves in the local cemetery date from 1873. During the 1870s Hazel Dell served nearby ranches, but it also attracted cowboys, drifters and a lawless element. Violence was a fact of life, and local stories, supported by court records, reflect a history of murders, hangings, cattle rustling, gaming and mob activities. By 1880 the town was reputed to be the second largest in the county. Decline began when Hazel Dell was bypassed by the railroads. The community had a population of thirty in 1884, forty-five in 1890, and 100 in 1896, when it also had a flour mill and a cotton gin. By 1940, the community included the school, a cemetery and scattered dwellings. The school consolidated with that of Gustine in the 1940s. In the 1990s, the site was still marked on county highway maps with its community center, cemetery and scattered houses.

Edna Hill is on Farm Road 1702 nine miles south of Dublin in the southwestern corner of Erath County. The area was settled in the 1850s. By 1900 Edna Hill School was in operation there and a cotton gin was located in the community soon thereafter. The school had three teachers and eighty-five pupils in 1935. In 1940 Edna Hill had a school, two churches and scattered dwellings. The school was consolidated with the Dublin schools in the 1940s. The population of the community was estimated at thirty-two in 1966 and in 1979 Edna Hill had a church and scattered dwellings. The population was still estimated at thirty-two in 2000.

The Killing of Sam Houston Kuykendall

Sam Houston Kuykendall, the son of Abraham and Mary Lindley Kuykendall, was born in San Augustine County, Texas in 1838, just five years after the family moved to Texas from Franklin County, Tennessee. He moved to Comanche County in early 1858 along with his brother, James H. Kuykendall, just before the Civil War.

Sam Kuykendall and a young friend named Splann lived on Resley Creek about six miles west of Dublin in Comanche County, Texas. They left home one morning and went down into Hamilton County in search of some oxen that had run off. Having found the oxen, they started home. As they were driving them along the road, through a thinly settled section of the county, they were attached by Indians. The youngsters only had one gun between them and that was in the hands of Splann. Sam rode a pony and Splann rode a mule. Seeing the Indians were about to overtake them Splann halted, dismounted and sheltered himself from their arrows behind his mule, presenting his gun at them. The Indians well knowing that one of their number would certainly fall if they ventured to charge upon him, left him and turned their attention to young Sam, who unfortunately ran his horse into a big. The Indians instantly took advantage of his mishap and gathered around him. They literally filled his boy with their arrows. They then scalped him and stripped him of his clothing. In the meantime young Splann succeeded in making his escape. The Indians stole a large number of horses on this raid. They were followed but without success.

Sam Houston Kuykendall was 20 years old when he was killed on what is now Constantino Farms.

Sam was the third person buried at the Barbee Cemetery. He gravestone had been lost for many years. Janella Hendon had been searching for his grave for a while. In 2015, a group was dowsing for graves and found one near an old worn, limestone rock. The man leading the project made out the name Sam. Hendon photographed the marker in several different kinds of light and used water to make out more of the lettering. As word spread, they wee informed by someone who cleaned the grave that the person buried there was killed by Indians. After meeting with a family member and examining their history, they determined the grave was Sam's. On May 20, 2017, a marker was placed by the Barbee Cemetery Association to ensure that his memory and place in history are preserved for future generations. 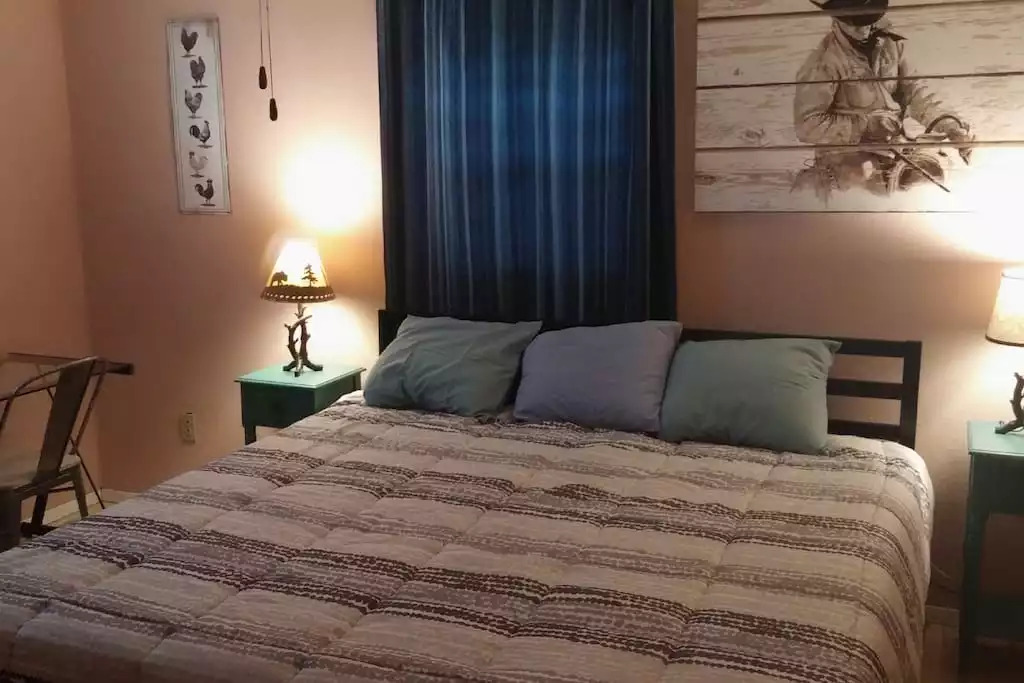 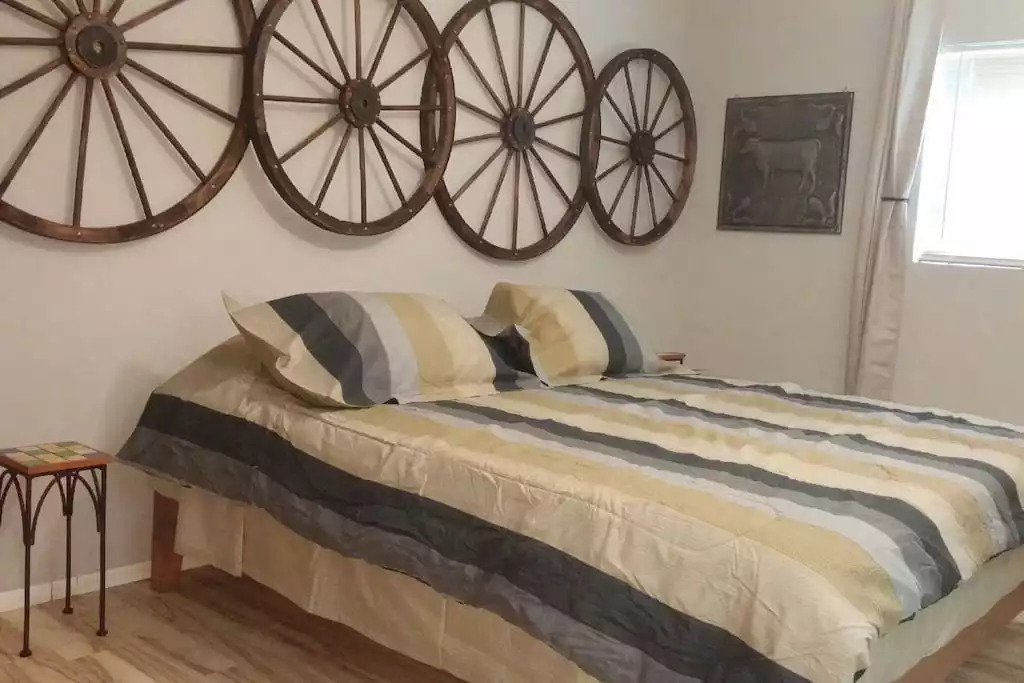 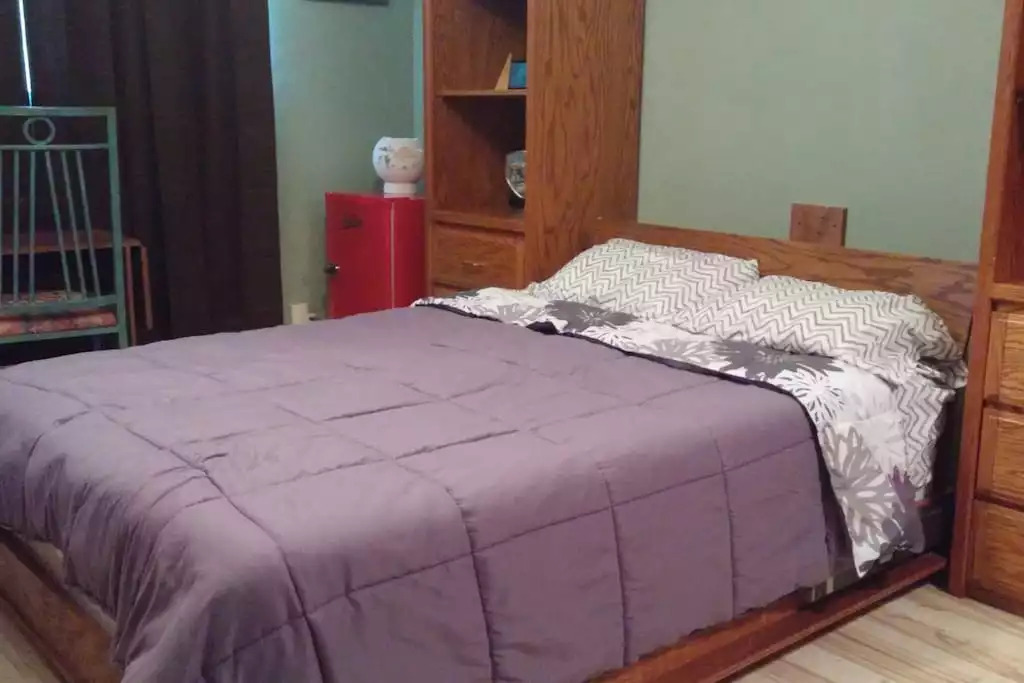 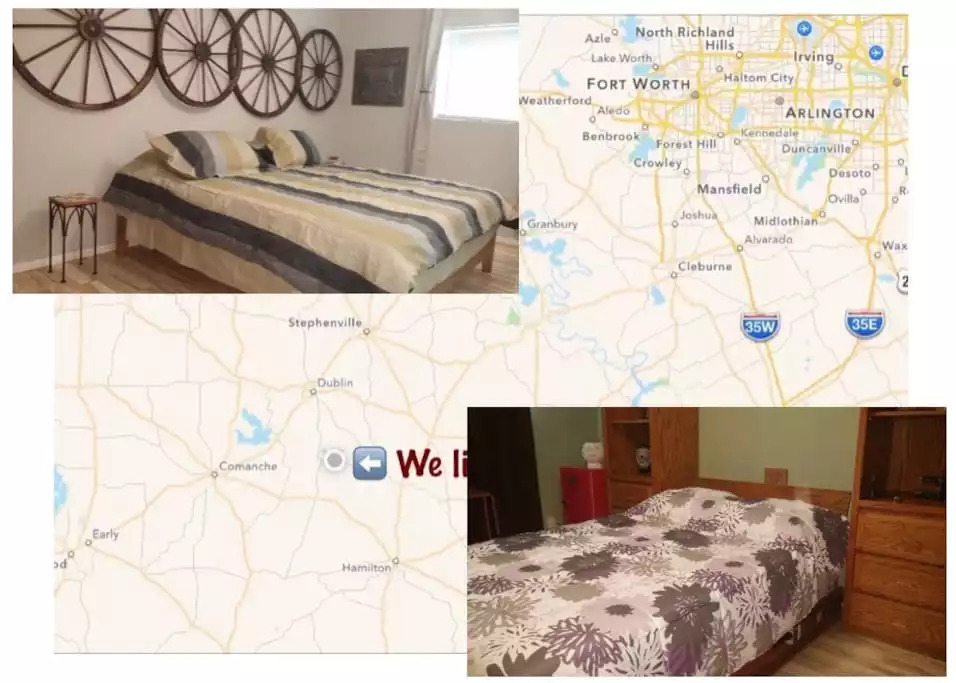 Constantino Farms: 2 Private Rooms & Private Bath
Dublin, TX, United States
2 Bedrooms • 1 Bathroom
© Jimmy and Houfy Inc, Published on: 07/12/2020. Unauthorized use and/or duplication of this material without express and written permission from this page's author and/or owner is strictly prohibited. Excerpts and links may be used, provided that full and clear credit is given to Jimmy and Houfy Inc. with appropriate and specific direction to the original content. For more information, please visit the Houfy's copyright and trademark policy
Last modified: 2 years ago
2022 | Houfy Inc. | A revolutionary market network for properties worldwide
TermsPrivacyCookiesSitemap
Loading Views...