Book direct on Houfy and find a vacation rental that matches your expectations among all these great properties in Olympic Valley. Each of the accommodations are being offered directly by owners and managers. Book direct and save up to 25% in commissions and service fees only on Houfy. 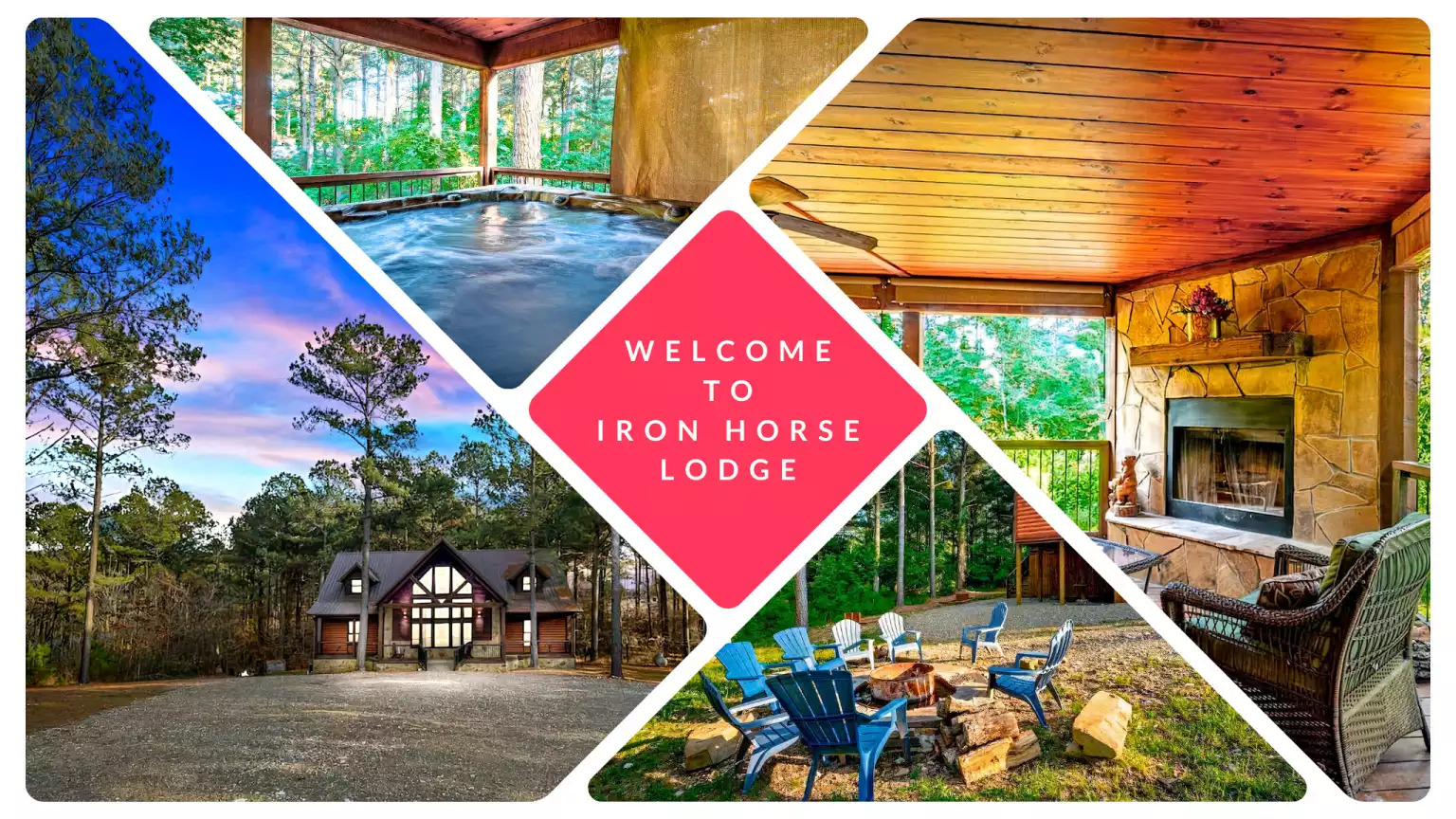 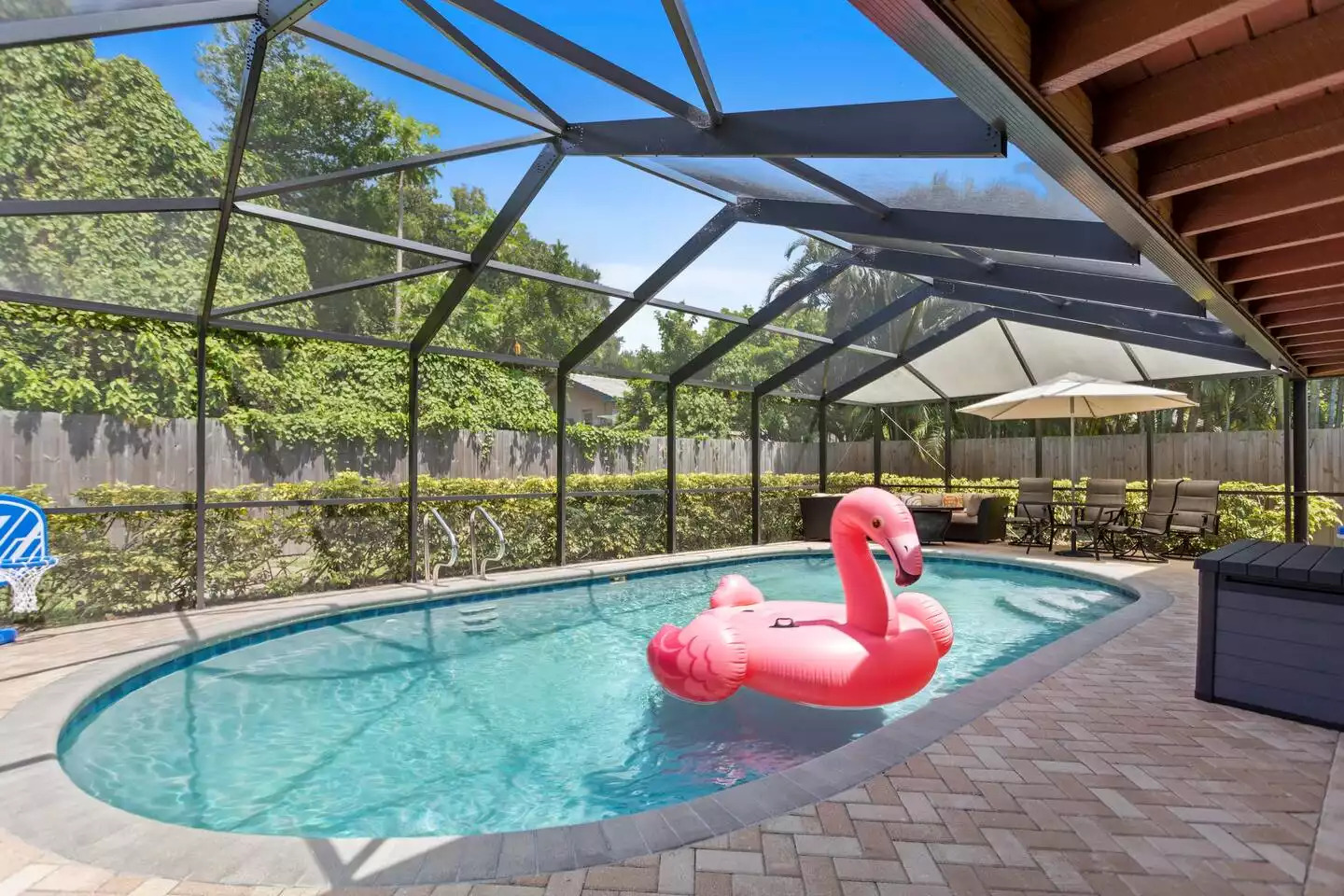 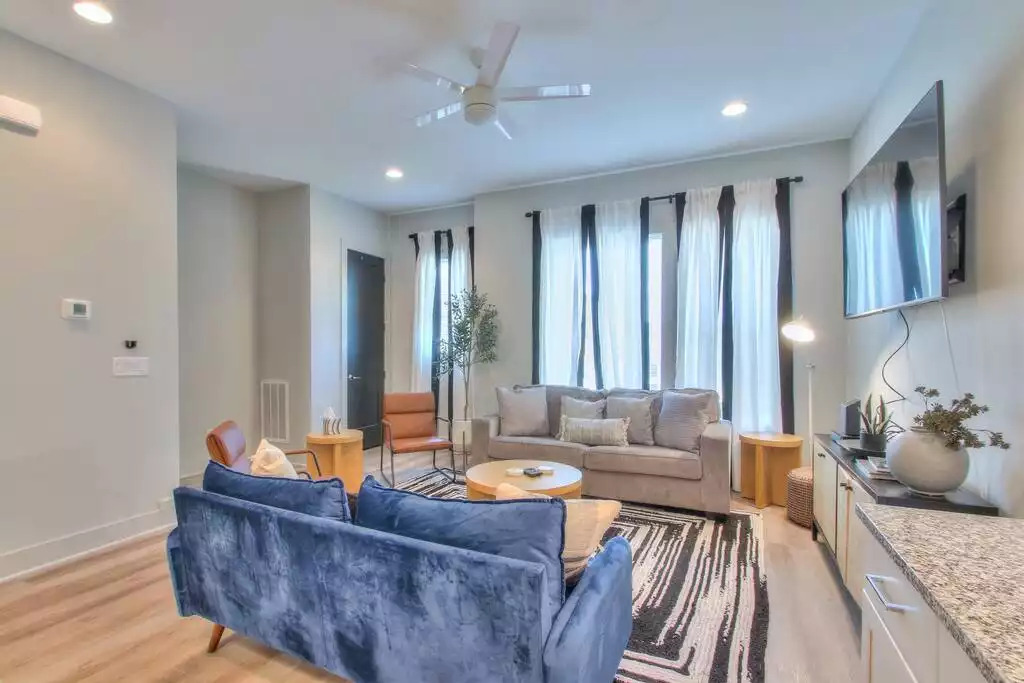 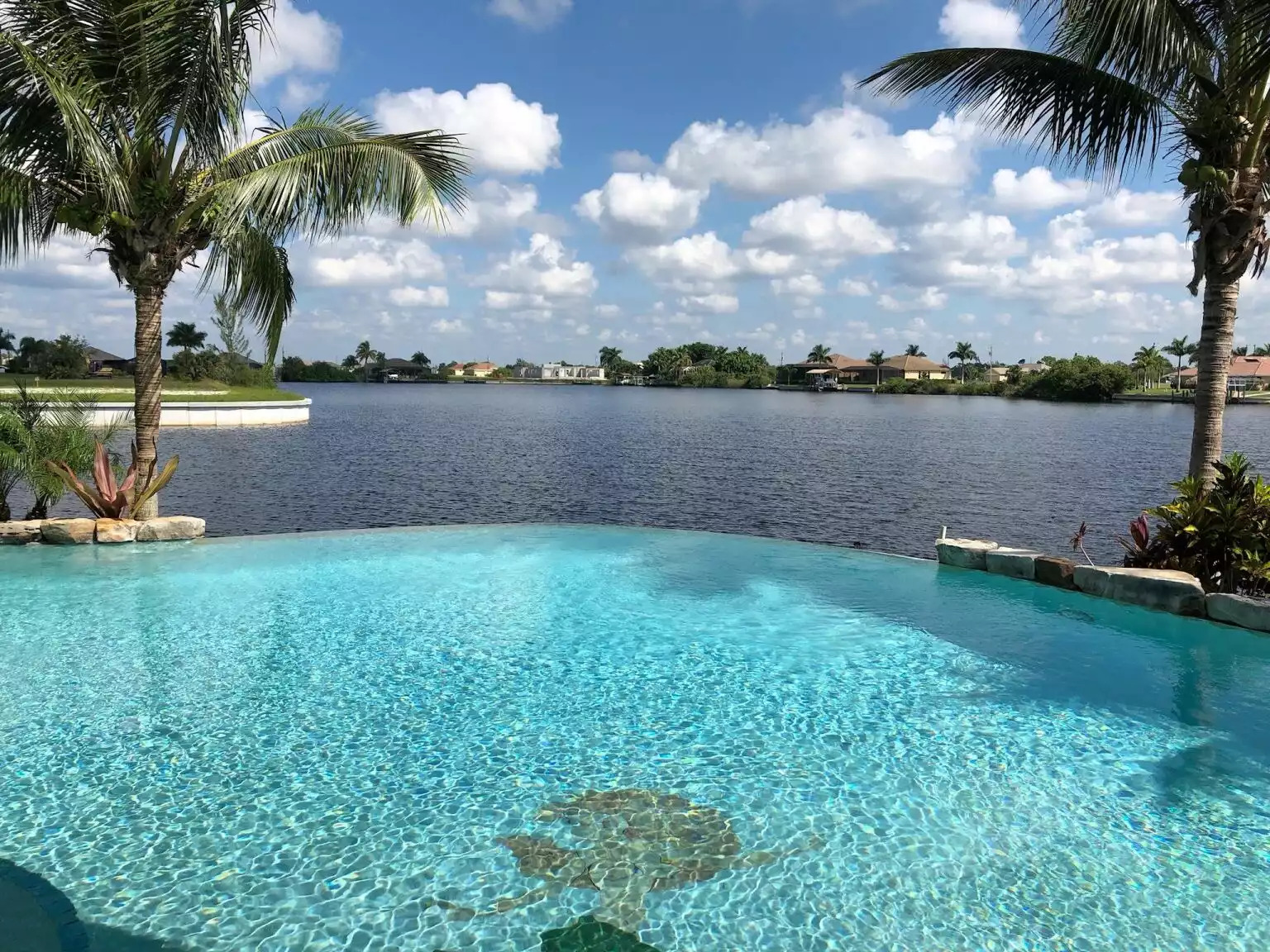 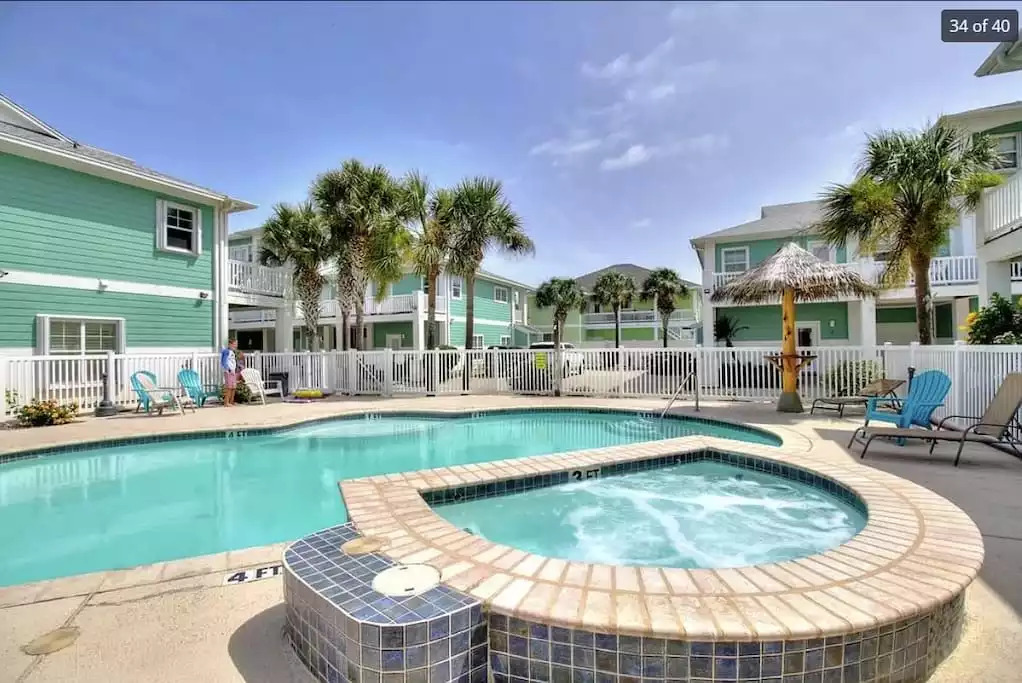 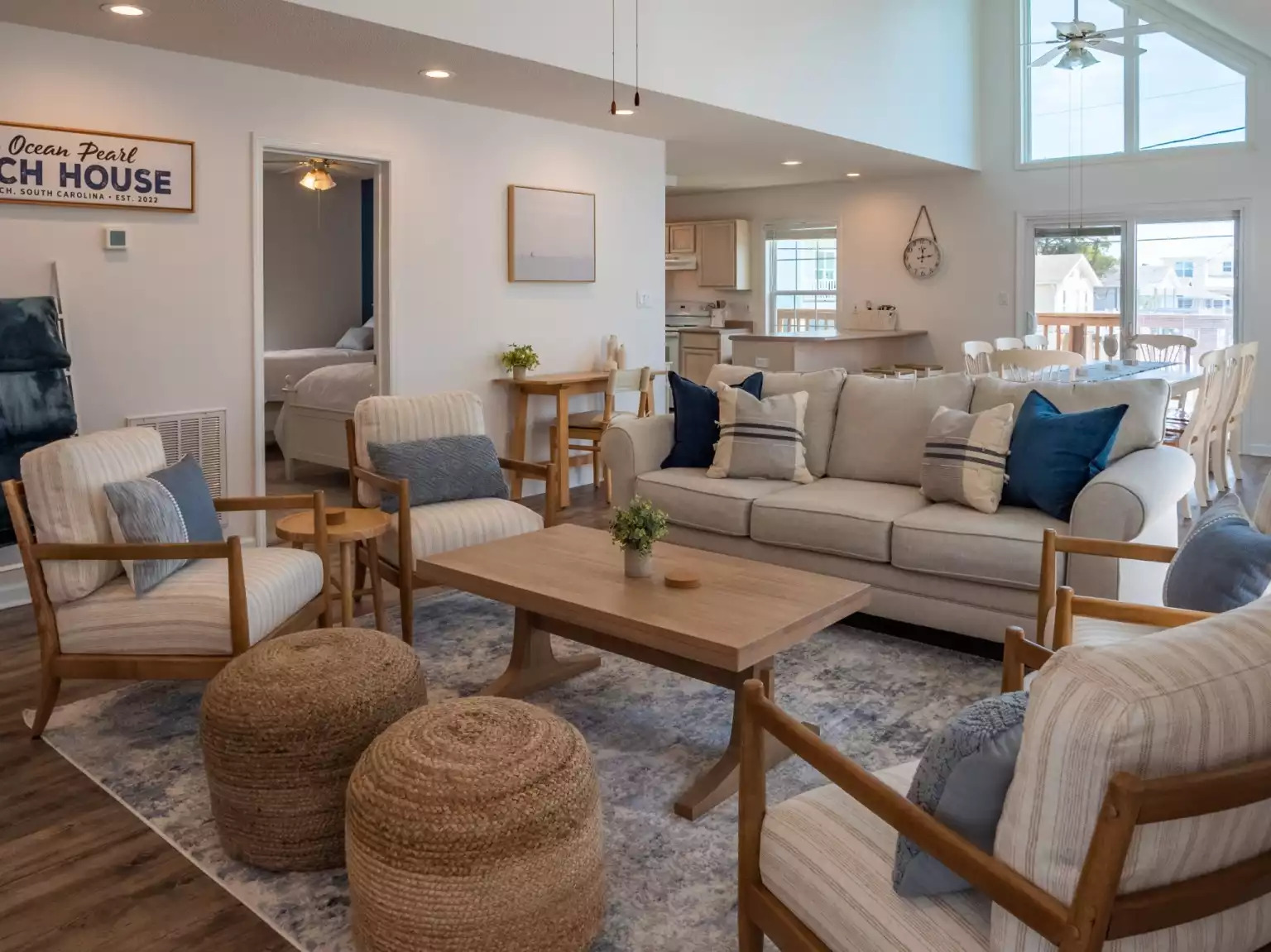 ★ The Ocean Pearl ★ Golf Cart, Walk to the Beach 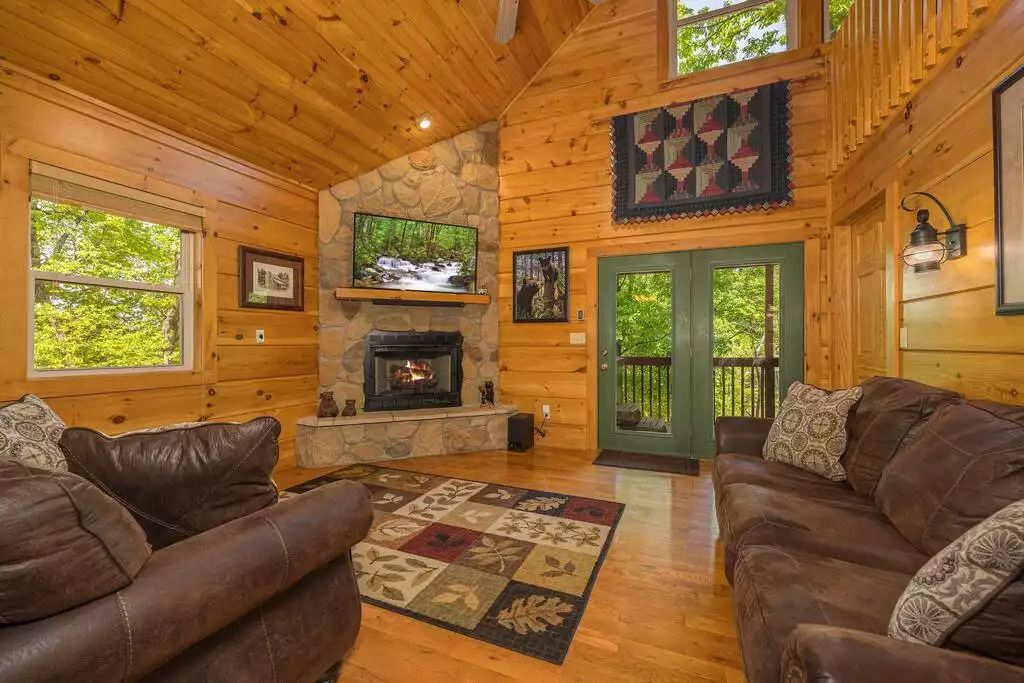 Our guests viewed these book direct rentals the most.

As the sight of the five Olympic Rings and the 1960 Winter Olympics, the eponymous Olympic Valley remains an international symbol of sportsmanship. Decades later, Olympic skiers and snowboarders still come to Olympic Valley to train on the resort's advanced ski slopes and terrain parks, while novice and intermediate skiers explore the nearby paths suited to their skill levels. Olympic Valley is the second largest ski area in the Lake Tahoe Region.

The City of Olympic Valley

The unincorporated community of Olympic Valley went through several transformations before finding its niche as a premier skiing destination in the United States. Its first inhabitants were Washoe Indians, who traveled to the valley during the summer to hunt and forage. White settlers traveling through the area in the 1800s coined Olympic Valley's more common name, Squaw Valley, when they noticed the Washoe women, known as squaws, foraging in the valley.

Squaw Valley's journey to its current fame began with the opening of the Squaw Valley Ski Resort in 1949. In 1955, owner Alex Cushing convinced the International Olympic Committee to allow Squaw Valley to host the 1960 Olympic Games, despite the fact that the fledgling resort only had one lift and a 50-room lodge at the time.

With several improvements and upgrades, Olympic Valley became the smallest place to ever host the Olympic Games. These games were also the first to ever be televised live. Since the 1960s Olympic Valley has grown into a well-renowned ski resort. With the shopping, dining, and lodging options that have sprung up in the valley, as well as its proximity to Lake Tahoe and California state parks, there is plenty to do in the Olympic Valley area during the summer and winter.

Do & See in Olympic Valley

If you decide not to spend every waking minute of your visit to Olympic Valley on the slopes, there are other activities to be pleased with. Visitors can enjoy spa treatments, family-made snow tubing at SnoVentures, or a journey on the aerial tram. Summer activities include golf, hiking, wall climbing, fishing and more.
Trilogy Spa
Relax at the Trilogy Spa after a long day outdoor and let yourself be spoiled by massages, skincare and award-winning body treatments available for individuals, couples and groups.
Matt Heron Fly Fishing
A flying fishing school with a variety of programs available as daily classes, guided trips and children's programs.
SnoVentures Activity Zone
SnoVentures is a family-oriented area at the base of the resort offering activities for skiing and snowboarding beginners. Visitors can enjoy mini snowmobiles and an array of snow tubing for both adults and kids.
Olympic Museum
Videos and memorabilia highlighting the 1960 Winter Olympics are on display in this characteristic museum, including authentic uniforms of the USA team, current Squaw Valley athlete memorabilia and a hockey stick and puck from 1960 Winter Games. Admission is free with Aerial Tram ticket.
High Camp
Sitting at an elevation of 8,200 ft, High Camp is the core of Olympic Valley's summer activities and has to be reached by a tram ride above the stunning mountainscape. Once there, visitors may want to take advantage of the many activities offered, including: disc golf, geocaching, snowshoeing, tennis and hiking or just relax in the outdoor pool and hot tub.
Resort at Squaw Creek Golf Course
The Resort at Squaw Creek, just at the base of Squaw Valley, proposes a 18-hole championship course which has 10 years of perfection behind. Designed by the illustrious Robert Trent Jones Jr., the course is a NCGA Affiliated Golf Course.
Aerial Tram
Being one of Squaw Valley's most popular attraction, the Aerial Tram isn't just a way to get around the mountains, it´s also an opportunity to fully enjoy their beauties. A 10 minute ride will in fact offers a 360° view of the surrounding Sierra Nevada and of Lake Tahoe.
Squaw Valley Adventure Center
The Squaw Valley Adventure Center is home to a variety of activities for the entire family, including wall climbing, ropes course, mini golf, bungee trampoline and the Aerial Adventure Parks. The Adventure Center is even a National Geographic Featured GeoTourism Destination.

The gastronomical variety is more than fair for such a small resort community. Here restaurants are located both on the mountains and in The Village on the valley below, serving complete meals as well as quick snacks. Some restaurants are only open during ski season so check them out in advance.
22 Bistro
22 Bistro offers great drink and appetizer specials in addition to its already reasonable prices. Everyone who tries them raves about their sweet potato fries, which come with three dipping sauces.
Fireside Pizza Company
In addition to its award-winning gourmet pizza, Fireside Pizza Company also serves a variety of sandwiches, salads, soups, pastas.
PlumpJack Cafe & Bar
The PlumpJack Cafe is a fine dining restaurant with a full bar and a menu based only on fresh, local ingredients. It also boasts an award-winning wine list.
Cornice Cantina Mexican Bar & Grill
During the day, Cornice is a traditional Mexican eatery, where families can gather over chips with house-made salsa or fresh guacamole. At night, DJs spin a great mix of dance tunes late into the night while the bar doles out drink specials.
Graham's at Squaw Valley
With a rustic mountain lodge feel, Graham's serves up delicious food and has an extensive wine list. Here classic Californian dishes are infused in the flavors of Mediterranean and Middle East cuisine.
Six Peaks Grille
This fine dining restaurant owns its name to the six peaks of Squaw Valley, which will be within your view while you dine. Six Peaks Grille serves dishes that use fresh and sustainable ingredients from around the region and is also popular for its signature cocktails and an extensive wine list.

You can get a cup of coffee just about anywhere, but why stop there? There are endless kind of treats available along Olympic Valley, as freshly-prepared smoothies, Belgian waffles, salty snacks and pastries.
Euro Snack
Although it is just a small kiosk, Euro Snack has become a favorite place for diners visiting Squaw Valley. Their menu items include Belgian waffles and "frog dogs," which are hot dogs served in a French baguette.
Soupa
In addition to its hearty, slow-cooked soups, all of which are gluten-free, Soupa also serves sandwiches and other fare to warm you up after a day on the slopes. Their soups change daily.
Mountain Nectar
Mountain Nectar is your destination for quick food options. Find a menu of bagels and wraps, all served alongside freshly-squeezed juices, blended smoothies, and specialty coffees and teas.
Wildflour Baking Company
Nothing hits the spot after a day of skiing quite like a hot, fresh-from-the-oven cookie with a piping hot mug of hot chocolate or coffee. Besides home-baked treats, Wildflour's menu also includes breakfast fare and lunches.
Dave's Deli
Dave's Deli is a small, quick stop shop that serves soups, sandwiches, and snacks. Located on the lower level of the Olympic House.

Many of the local restaurants have full service bars and stay open until late for dancing, drinking, and socializing.
Uncorked Wine Bar & Shop
Enjoy a glass of wine from the bar's daily-changing selection while listening to live music, or stop in for a wine tasting or winemaker event. Favorites are the boutique wines and expert cheeses to pair with them.
Sandy's Pub
Sandy's is a casual bar with TVs broadcasting sports games and an exceptional menu featuring tasty pub food, including the restaurant's famous ribs. Sandy's also offers al fresco dining.
Le Chamois & The Loft Bar
This is a favorite spots for locals to grab a beer and a slice of pizza after a long day on the slopes. Le Chamois also has a full bar offering beer, wine, and even sake.
McP's Taphouse Grill
McP's offers a good selection of spirits and craft beers and has live entertainment featuring local jazz, blues and rock and roll musicians. Check the online calendar for the bands schedule.
Auld Dubliner Irish Pub & Restaurant
With the look and feel of a traditional Irish pub and contemporary Irish fare, you are sure to leave with your belly full and your spirits high. Weekly events are held as well.

There are quite a few sporting wares shops in The Village. You can also find specialty shops, selling everything from wine and delicatessen, to handmade goods and souvenirs.
Parallel Mountain Sports
Find everything you need to hit the slopes, at Parallel Mountain. From skis and custom-fitted ski boots, to bike rentals and swimwear during summer, they have it all. Be on the lookout for seasonal sales.
Lather & Fizz Bath Boutique
Leather & Fizz is a lovely bath and body shop with handmade bath and body products such as bath bombs, sugar scrubs and body lotions.
Kalifornia Jean Bar
All of the biggest brands in blue jeans can be found at this laid-back boutique with West Coast flair.
PlumpJack Sports
PlumpJack Sports has outerwear that is both fashionable and functional for your days on the slopes. They also carry summerwear and clothing that's night-worthy.
Squaw One Logo Company
The Squaw One Log Company shop is the only place where you can find official Squaw merchandise as well as a well-stocked assortment of souvenirs.
Squaw Valley Outfitters
At Squaw Valley Outfitters you will find everything you may need for Squaw Valley's outdoor activities. From helmet to footwear, this shop can provide the whole family with complete skiing and snowboarding outfits.

Passport/Visa
Citizens of the Schengen countries, the United Kingdom, Ireland, Canada, Australia, New Zealand, Singapore, Japan, South Korea, Taiwan and the Kingdom of Brunei can visit the United States for up to 90 days without applying for a visa (as well as citizens of Andorra, Lichtenstein, Monaco and San Marino). Citizens of these countries must obtain an ESTA (Electronic System for Travel Authorization) before traveling. All other travelers must obtain a visa before visiting the United States. International travelers need a passport that is valid for at least 3 months after the end of their intended trip in order to enter the country.
Best Time to Visit
Olympic Valley boasts a considerably long skiing and snowboarding season which may last until spring, while summer months are the most popular among tourists.
The best time for skiing is between January and the beginning of March; to avoid the crowd and at the same time experience all the valley can offer at a reasonable price, the best period is from April to May.

If you're planning a visit in March don't miss out WinterWonderGrass bluegrass music and brew festival.
Reno-Tahoe International Airport
Olympic Valley is served by the Reno-Tahoe International Airport, located 45 miles away. Take a shuttle or cab from the airport to the Lake Tahoe Region. Several car rental companies are also available at the airport.
Public Transport
Regional buses operated by Tahoe Area Regional Transit (TART) run daily, with buses and shuttles linking Squaw Valley with Truckee and Tahoe City.

A Park and Ride service is also available on weekends and holidays from Truckee.
Taxi
Squaw Valley Taxi/Taxi Tahoe +1 530 584 6244

Area codes in Olympic Valley: 530
List your
for free on Houfy
Listing your property can take as little as a few minutes to complete – get started today
2022 |