When vacationing in the mountains, you can encounter all kinds of wildlife. The more you get out, whether by leisure walking, hiking, biking or driving, the more wildlife you are apt to see. When at Pilot's Perch, you really don't have to leave the cabin to see a variety of wildlife, but if you go walking in the community, you will most likely see more. You will see more meaning, more in number, but you may also see more as in a greater variety. It may be nice to see wildlife in zoos and drive-thru wildlife centers, but it is more beautiful to see wildlife in it's natural habitat. It's a more wondrous experience to see wildlife up-front and personal when in their natural habitat versus a controlled habitat. 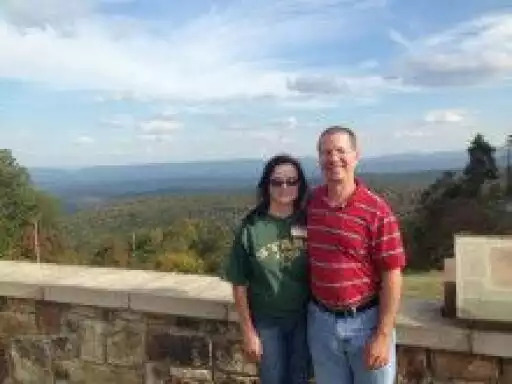 When at the cabin, we see this gopher every morning in our back yard.

It's so cool to just sit and watch him and see what he does as he meanders around the backside of the mountain munching on some of the delicious roots and underground stems of the grass, plants and flowers growing there. Did you know gopher's tunnels are rarely visible? I've yet to find this one's tunnel.

The next thing you know, these deer come walking out of the nearby woods to nibble on the plants right alongside the gopher. As soon as the gopher senses you, he'll scurry off to hide in the taller plants. Maybe that's where his tunnel is...

Deer also like to eat acorns, nuts and fruit when they are available. During the Fall when plants are more scarce, they will switch over to grass and evergreen plants. In the Winter, they will eat whatever they can find: fallen leaves, twigs, bushes and other woody plants. When walking through the community Pilot's Perch is in, you may spot quite a few deer all throughout the mountain ridge. We spotted these while walking around a couple of different times during the year. As soon as they see you, they dart off to safety.

While driving around some this summer, these were spotted along the roadside.

Deer are such elegant creatures to watch. It's so mesmerizing to watch them nibble on grass and interact with one another. I find myself holding my breath and being as quiet as I can so hopefully they won't hear me. Of course, as soon as they hear or smell you, they are off to the woods as well.

While out walking another time, we came across these wild turkey. They were so cute as the mother scurried her babies across the road and up the hill into the woods. Just as we thought they were all across the road, this one last baby turkey came scurrying across the road to catch up with his mother and siblings. It reminded me of the Ugly Duckling story and I just couldn't help but chuckle. For being so little, they're awfully fast little creatures!! I could barely get my phone out in time to get a picture of them before they were hidden in the woods. By the time I did get the picture taken, the last baby turkey catching up to his momma was already across the road and heading up the hill.

When coming back to the cabin one time after being out at one of the wineries in the area, we happened upon these wild turkey crossing the road. Again, they moved so quickly I nearly missed getting a picture of them!! I never knew wild turkey could move so fast!

Very early one morning, these wild turkey came out of the surrounding brush and started pecking for their breakfast on the backside of Pilot's Perch. Wild turkey eat a variety of things, from acorns, nuts, seeds, grain and small fruit to slugs, worms, lizards, grasshoppers, spiders and caterpillars. They will also eat plant foliage, grass, buds, roots, bulbs and tender young leaves. Did you know that turkey will also eat sand and small gravel for grit to aid in proper digestion?

In 2017, this bear was seen sitting along the roadside. It looked as if one of his paws were injured in some way.

In July 2017, a guest had been down the mountainside among the trees just below the cabin when he decided to go back up to the top deck of the cabin to check on what he had grilling on the grill for dinner. When he got on the top deck, he heard a noise and what did he see coming up the mountainside he had just climbed?

!This black bear!!! Yes, there are also bear in the community and in the mountains. This summer, 2018, we had numerous sightings of bear in the community. It's been said this year has seen more black bear than ever before. I'm just glad I never saw one These four (there's one behind the last cub that you can't really see), a momma and her three cubs, were seen numerous times sniffing around other cabins, even on one's front porch!! There is such a thing out there called a bear mat that is supposed to help keep bear off your porch. It's a mat that shocks bears when they step on it to reach a door or window and causes immediate pain. They can be used in deterring specific problem bears too.

While it may be "way cool" to see a bear, and we may think that cubs are cute ans associate them with a stuffed teddy bear, it is vitally important to remember they are dangerous creatures!! You should never leave any food item outside because if they smell it, they'll get it. They can climb trees, so yes, they can climb your deck too. If you leave food items in your car and they smell it, you may find those items gone the next morning, even though you left the car doors shut. Your car may also be scratched, dented and have broken windows. It's also very important to not leave any trash outside. They will rummage through it for food and leave a huge mess for you to clean up. It's not just food items and trash you shouldn't leave outside or in your car as all kinds of smells attract bears. Perfumes, lotions, body sprays, toothpastes, mouthwash, and the list goes on; any item with any smell should be kept inside or in bear-proof containers.

It's important for your safety to know bear characteristics. Did you know that when a bear stands on its back paws sniffing the air that it's not warning you that it's fixing to charge and attack you? Nope, in reality the bear is most likely trying to raise his eyes, ears and nose in the air so it can see, hear and smell better. Bears can see, hear and smell better standing up than they can when down on all four legs. They are trying to get a better idea of what is ahead. Cubs especially stand up so they can see over the grass.

Real life story hear, a young lady had been out jogging around her home and listing to music through earbuds stuck in her ears. When she got home, she went to the back of the property where there was a stream to sit by it while she cooled down from her morning jog. While sitting there, she felt a nose sniff at her shoulder. Thinking it was her family pet dog, she turned her head to speak to it. When she did, she saw a bear rather than her dog. She kept her mouth shut and sat as still as she could knowing movement could startle the bear and cause it to feel intimidated and maybe attack her. Fortunately for this young woman, the bear just sniffed her and then went on it's merry way. Needless to say, this young woman's heart was racing, and not from her morning jog!!

When walking, hiking, biking or doing anything out in nature, it is always wise to be alert and aware of your surroundings. You may want to stay as quiet as you can so you don't scare certain wildlife away, but you will want to make sure you make plenty of noise so any bear nearby will hear you and head another direction. Also, never wear ear buds to listen to anything on your phone or ipod. Your life could depend on it. Bears are just as scare of us as we are of them, so if they hear you, they will go another direction as they don't want to run across you anymore than you want to run across it. For your protection, it's always wise to know how to handle a firearm and carry one with you at all times in case you do come across a bear and it decides to act agressively towards you. #BeAlert #BeAware #BeSafe 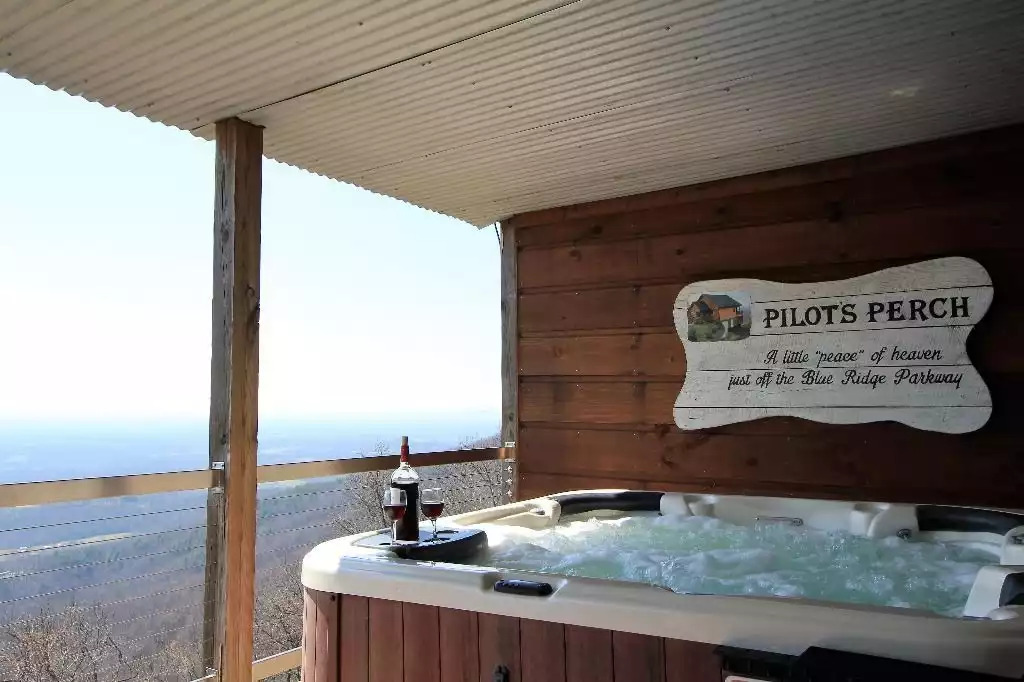 Pilot's Perch
Fancy Gap, VA, United States
3 Bedrooms • 2 Bathrooms
© Tannya and Houfy Inc, Published on: 09/27/2018. Unauthorized use and/or duplication of this material without express and written permission from this page's author and/or owner is strictly prohibited. Excerpts and links may be used, provided that full and clear credit is given to Tannya and Houfy Inc. with appropriate and specific direction to the original content. For more information, please visit the Houfy's copyright and trademark policy
Last modified: 4 years ago
2022 |