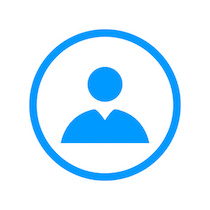 The dates are not available

Villa Minnie's Castle in Calabay Parc at Tower Lake is a gated community. It's accessible from 3 airports (Orlando Int'l, Sanford, Tampa Bay). Our location is ideal for those who want to visit the Orlando area for Walt Disney World, Universal Studio, Sea World, and Legoland! Most of these great attractions are only 20-30 minutes away, it's also near Cape Canaveral and The Kennedy Space Center. It's ideal for those who also like to visit some of the great beaches in Florida to the East (Cocoa beach), West (Tampa/Clearwater) or North (Daytona) of the Orlando area. Also, it is near many great golf courses, only minutes away, some even designed by Greg Norman. Villa Minnie's Castle and the Orlando area is home to many Outlet, and Regular malls with Big Store names, you can even enjoy shopping at Downtown Disney for the day.

Golf: Southern Dunes G&CC is one of the best public golf courses in Orlando Florida and has been Ranked #6 in Golf Digests 'Best Courses in the State' of Florida. Southern Dunes is not only recognized as one of Orlando’s finest golf courses, but has been nationally ranked as well. Southern Dunes has been awarded a place in Golf Week's “Top 100 Modern Courses” from 1997 – 2000, a 4 ½ Star ranking by Golf Digest and “Top 10 Courses Built In America 1987-1997” honors by Links Magazine.If you are vacationing in Orlando and want to play golf, you cannot pass up the opportunity to play one of the best golf courses in Orlando, FL. This dramatic hillside layout stretches over 7,200 yards and features 100 feet of elevation changes which offers spectacular views of the expansive fairways that are flanked by over 180 bunkers. The topographical features include high grasses and ornamentals that form the borders for holes that tumble with the terrain.This spectacular design encourages golfers to use their imagination as the use of the slopes and contours can help maneuver the ball around the massive high-lipped bunkers and closer to the hole. as kept Southern Dunes consistently ranked among the nation's best. Southern Dunes is well known for its large, fast and undulating greens that will test even the most seasoned of golfers.

Excellent based on 11 Reviews
Select to review

We used to rent villas ourselves from 2003-2010, and in 2011, bought one for ourselves to share with others. We want others to enjoy the comfort and relaxation at our villa, while enjoying the fun in the Orlando area, either at Disney/Universal/Sea World/Legoland/Busch Garden
Speaks: English , French , Greek
Accepts:
Houfy lets you contact and book direct with owners & managers. The owner/manager has provided the following links to give you more information.

Payment Policy
20% due at the time of booking.
Remaining Balance due 60 days prior to arrival.

Refundable Damage Deposit
You must pay a security deposit of $350,00 56 days before the start of your stay with your final balance (or at the time of booking if this date has passed). The cost of any damage to the property or to any items in and/or at the property caused or any service charges incurred by you or any member of your party (for example telephone calls) will be deducted by us from the security deposit at the end of your stay. If no deductions are required your security deposit will be refunded in full to you not later than 14 business days after your departure from the property. If the security deposit is not sufficient to cover any damage caused or service charges incurred by you, you will be responsible for paying us any additional monies required immediately on request from us.
Cancellation Policy
Should you need to cancel your stay once it has been confirmed, the party leader must immediately advise us in writing. Your notice of cancellation will only be effective when we receive it in writing at our offices. As we incur costs from the time we confirm your booking and may be unable to re-sell your period of stay, the following cancellation charges will be payable. Where the cancellation charge is shown as a percentage, this is calculated on the basis of the total cost of the booking excluding amendment charges. Amendment charges are not refundable in the event of cancellation.
Period before start of stay within which written/email notification of cancellation is received by us Cancellation charge
more than 8 weeks deposit forfeited
less than 8 weeks deposit + 20%
less than 6 weeks deposit + 50%
less than 4 weeks deposit + 60%
less than 3 weeks deposit + 80%
less than 2 weeks deposit + 100%
Depending on the reason for cancellation, you may be able to reclaim these cancellation charges (less any applicable excess) under the terms of any insurance policy you may have. Claims must be made directly to the insurance company concerned.

These directions are for planning purposes only. You may find that construction projects, traffic, weather, or other events may cause conditions to differ from the map results, and you should plan your route accordingly. You must obey all signs or notices regarding your route.

Amazing 5 bed villa with South faci
Villa - 5 Bedrooms
© Peter Papakonstantinou and Houfy Inc. Unauthorized use and/or duplication of this material without express and written permission from this page's author and/or owner is strictly prohibited. Excerpts and links may be used, provided that full and clear credit is given to Peter Papakonstantinou and Houfy Inc. with appropriate and specific direction to the original content.
For more information, please visit the Houfy's copyright and trademark policy